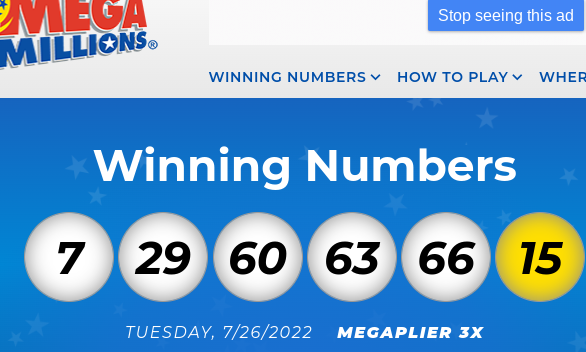 Hey, Mega Millions had nobody winning on last Tuesday’s drawing and it jumps up to above a billion now. Now, we will be billionaires, not millionaires anymore. I did saw news about nobody matching all numbers on Wednesday but I didn’t write anything or saying about it because I planned to get the number soon and, by the time I have my lottery ticket in hand, I’ll write something about that. However, from then, I haven’t purchased any number yet. Today, I just saw a television delivering the news about how it will be drawing tonight. I said oh, I missed my plan of purchasing lottery early again.

Am I going to buy a number for tonight’s drawing? Again, I don’t know because I just cut one of my fruit trees down late evening yesterday. Actually, not cutting, I chopped its top off, just a portion, about 16 feet. The reason I chop it off is because I don’t want it going further high especially since it is close to the house. You know that, your body, how you feel after cutting a tree. Also, I know for sure there is a crowd or a long line there. I don’t really like to go to crowded places and also, I’m not willing to stand in a long line for something not really necessary for my body or for my family surviving right now. So, I think I will miss becoming a billionaire again. That is my part; however, yours? If you want to be a billionaire, then go… go to get one. I think they have a machine for you to do a quick pick; it is very fast, just placing your money in and pressing a button then a lottery ticket runs out for you. With the quick pick, you don’t have a chance to pick your numbers, the machine picks the numbers for you. Don’t forget to get your lottery clip(s) before leaving the machine.

I’m not so sure about a quick pick machine. The last time I was around the lottery selling station was almost three years ago. Back then, my dad usually bought a lottery ticket whenever he went to the grocery store (Publix supermarket, the one closest to our house, his favorite store). He bought only one or two dollars, but latter on, he said the lottery system… then he only purchased a lottery ticket when it was having a big game. The reason he bought it, as he said, was because he just wanted to join everybody for fun… I rarely bought, only bought when he said said said go go go get the numbers, buy it, buy it… to have fun with other people. Then I bought $1 plus $1 for something; I forget what it was about right now. Later, I didn’t buy anymore, I think that was after they raised the price up, double the price. Since my dad admitted to the emergency room then ICU and then received news about dying, he stopped purchasing it. The last lottery ticket he bought just before his ill still has it in his wallet and hasn’t checked yet. I think he bought about three numbers (lines). Since then, I haven’t around that area, lottery selling station too. 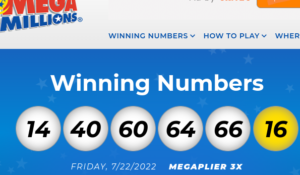 JC Penny Memorial Day Save up to 25% Off 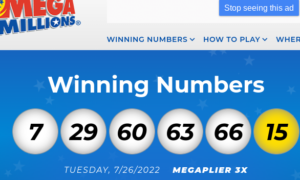 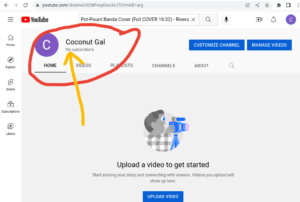